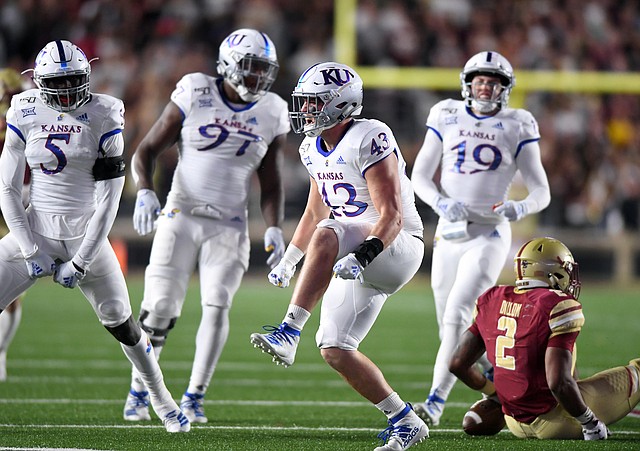 Position coach Mike Ekeler told the inside linebackers the game plan at Boston College would involve keeping starters Dru Prox and Kyron Johnson fresh by rotating in Jay Dineen and Gavin Potter, something KU had not done the first two weeks of the season. “Just getting a chance,” Dineen said, “I had to take advantage.” By Benton Smith