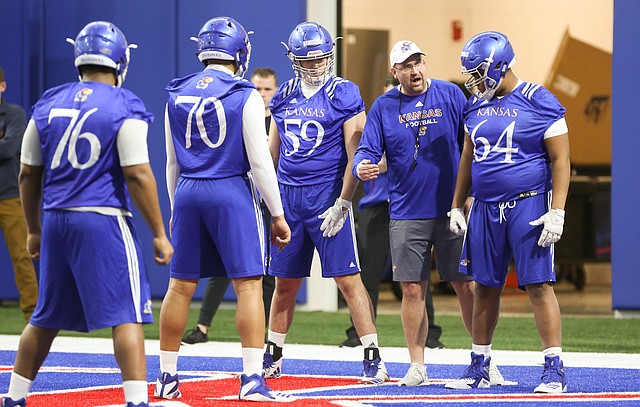 After three years playing for his hometown’s college football program, offensive lineman Jalan Robinson, a former standout at Free State High, is eyeing a transfer from the University of Kansas.