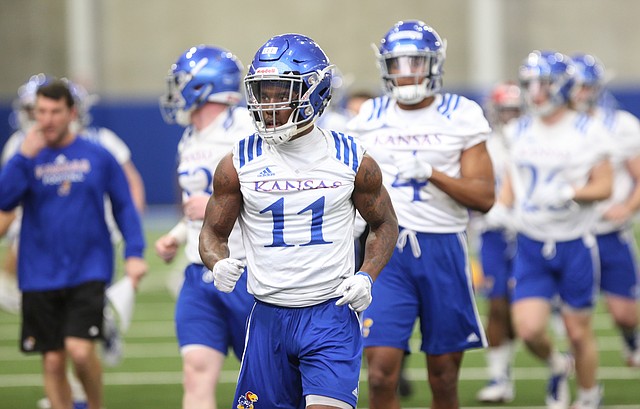 As returning members of the Kansas football team’s defense learn the schemes, calls and nuances of new coordinator D.J. Eliot’s playbook, safety Mike Lee is thrilled about one component in particular. By Benton Smith