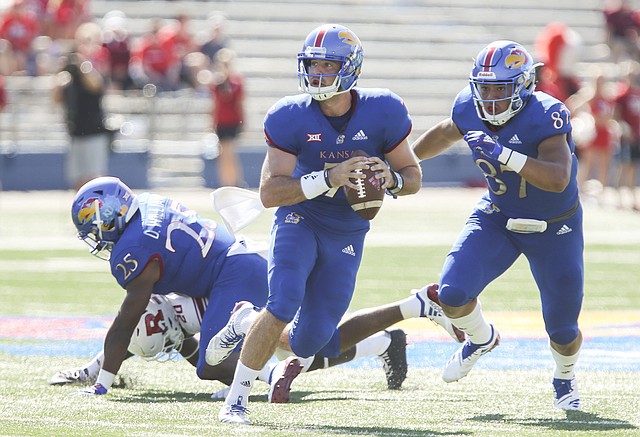 Does KU football have a QB controversy?

Head coach David Beaty planned all along to use Miles Kendrick in every game this season. Just three weeks in, though, the dual threat sophomore reserve played more than senior starter Peyton Bender in the Jayhawks’ 55-14 thumping of Rutgers. By Benton Smith

Beaty won't say who will start at QB next week

The third start of his senior season began in similar fashion to the previous two weeks for Kansas quarterback Peyton Bender, with him watching from the sideline on occasion while backup Miles Kendrick took over for the offense. However, unlike the past two games, Bender didn’t play at all after halftime Saturday in KU’s 55-14 drubbing of Rutgers. By Benton Smith