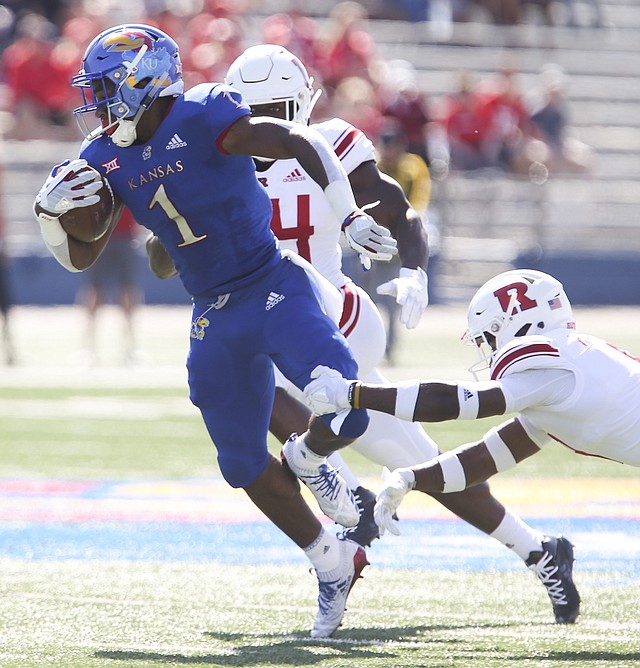 The Jayhawks downplayed the absence of their All-Big 12 running back ahead of their season opener against Indiana State. But once a victory and Pooka Williams’ one-game suspension were behind them, they were glad to share how much they’re looking forward to having Williams in uniform once again. By Benton Smith

As the Kansas football team prepares to open Big 12 play this Saturday at Baylor, it does so with the conference’s leading rusher residing in Lawrence, and spending most of his waking hours inside Anderson Family Football Complex. In just two games — KU kept him out for its season-opening loss to Nicholls State for what was later described as an eligibility issue — freshman sensation Pooka Williams’ 288 rushing yards put him atop the Big 12. By Benton Smith