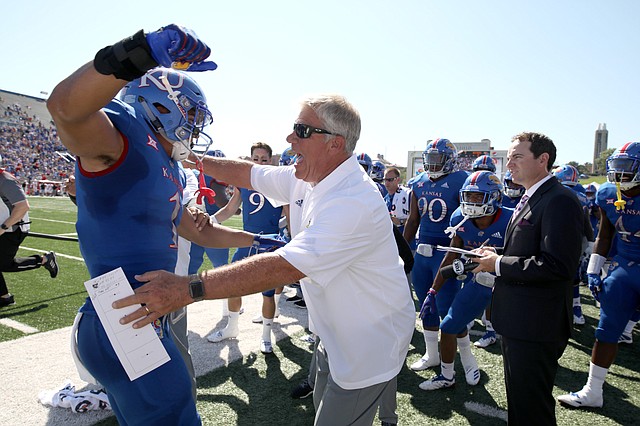 It is almost expected for a senior to handle a leadership role of some kind. For the 2019 Kansas football team, especially on the defensive side of the ball, a majority of those responsibilities figure to fall on the shoulders of Bryce Torneden. The soon-to-be senior safety is the only returning player who finished in the top-three in tackles last year.

Fresh off his first signing class as head football coach at the University of Kansas, Les Miles announced Monday some more additions to his support staff which figure to help the Jayhawks on the never-ending recruiting front.