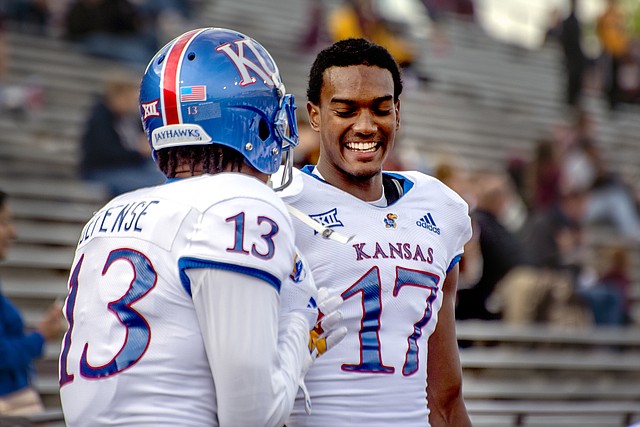 It didn’t take former Kansas starting cornerback Elijah Jones long to go in one end of the NCAA’s transfer portal and come out on the other.

Elijah Jones’ responsibilities within the Kansas football defense have become a lot more extensive this summer. Now in his third year with the program, the cornerback who joined the Jayhawks as a junior college transfer in 2018 could find himself in a starting role this fall, after playing infrequently as a reserve in 2019.

Hasan Defense doesn’t mind telling you his first career start at safety didn’t live up to his standards. Sure, the University of Kansas junior made eight total tackles, the third-most on the team, during a loss at Baylor. But ask the man whose previous 11 starts at the FBS level came at cornerback to assess his impact as a safety this past weekend and “all right” is as close to glowing as he will venture. By Benton Smith