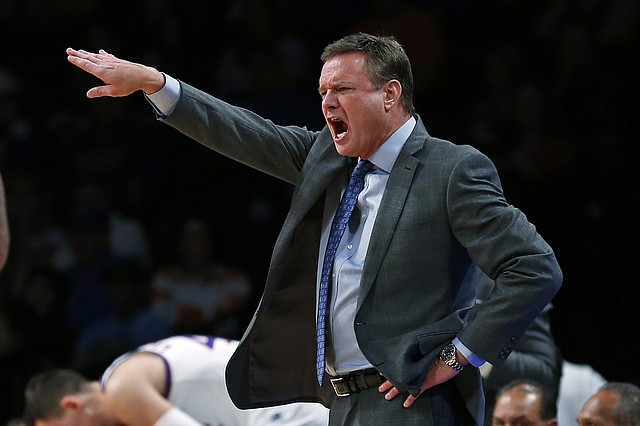 Kansas coach Bill Self gestures to his team during the second half of an NCAA college basketball game against Tennessee in the NIT Season Tip-Off tournament Friday, Nov. 23, 2018, in New York. Kansas defeated Tennessee 87-81 in overtime. (AP Photo/Adam Hunger)

Benton Smith: Bill Self and Jayhawks about to reinvent their 4-guard lineup

The two-big go-to lineup Bill Self envisioned for his Kansas basketball team this season is no more. While that configuration technically is still available by sliding a substitute big man into the spot in the starting lineup Udoka Azubuike’s season-ending wrist injury left behind, Self has little incentive to take that route, nor to try and replicate KU's four-guard lineups of the past two years. By Benton Smith