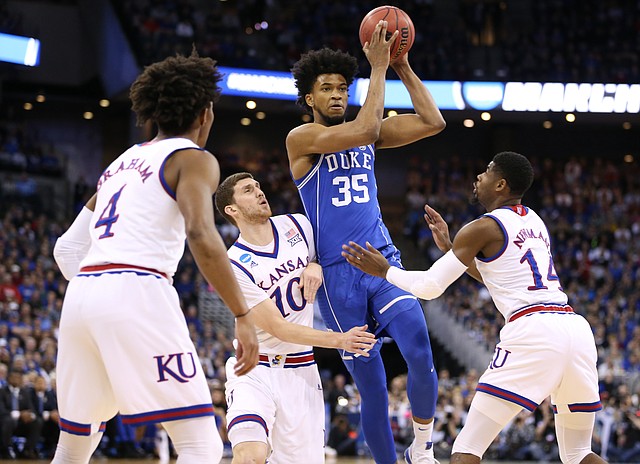 A pair of projected top-10 NBA draft picks in June, the 6-foot-11 Marvin Bagley and 6-10 Wendell Carter Jr. represented a pair of potential March nightmares for the Jayhawks, who only use one traditional post player in their four-guard lineup. Between double-teams of Bagley and foul trouble for Carter, though, KU turned what looked like a mismatch into manageable Elite Eight road bumps, in an 85-81, overtime victory over Duke. By Benton Smith