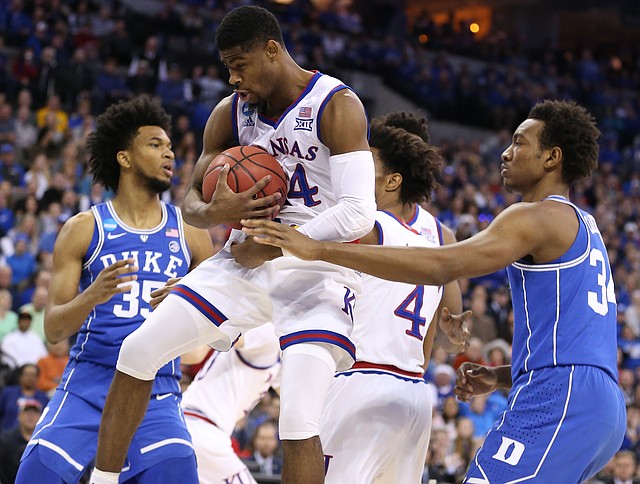 Kansas guard Malik Newman (14) comes down with a rebound during the first half, Sunday, March 25, 2018 at CenturyLink Center in Omaha, Neb.

Playing on the familiar March stage known as the Elite Eight, Kansas finally kicked down the door in its third straight regional final appearance. In what could have been their college finales, KU seniors Devonte’ Graham and Svi Mykhailiuk instead helped take the program achieve its first Final Four berth since 2012. Kansas eked past fellow blue blood Duke, 85-81, in overtime, Sunday at CenturyLink Center, in the eighth Elite Eight appearance for head coach Bill Self at Kansas. By Benton Smith