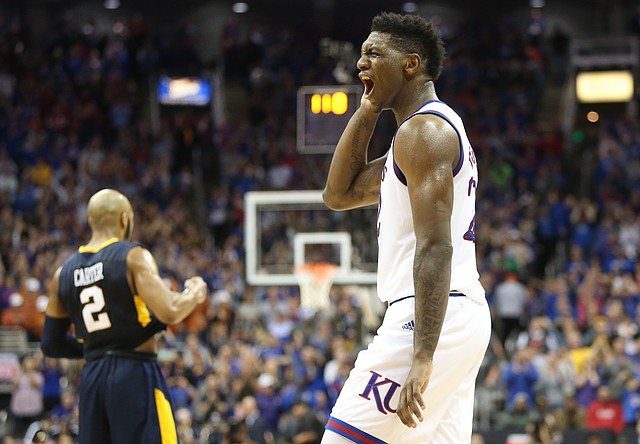 Kansas forward Silvio De Sousa (22) celebrates following the JayhawksÕ 81-70 win over the Mountaineers in the championship game of the Big 12 Tournament, Saturday, March 10, 2018 at Sprint Center in Kansas City, Mo.

'It's been hard': How Silvio De Sousa keeps strong ties with family, Angola

Silvio De Sousa may have left Angola before his freshman year of high school, but he still keeps reminders of his home country with him everywhere he goes. All he needs is his cellphone. By Scott Chasen

Wichita — Kansas freshman forward Silvio De Sousa came to the United States for high school from the Southern Africa nation of Angola, colonized by Portugal in the 1600s.