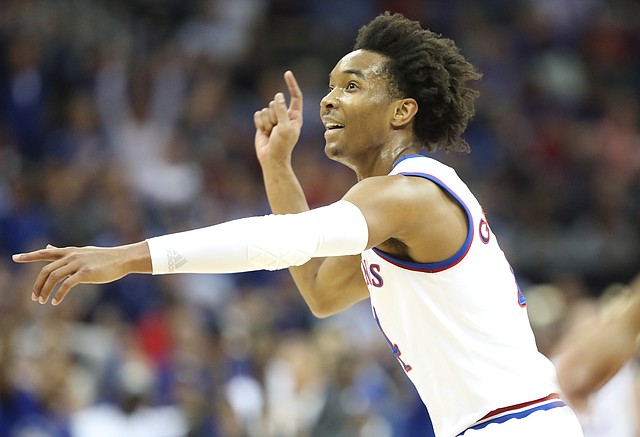 10 reasons Kansas has what it takes to survive March Madness

Few fan bases know the joy and heartbreak that comes with March Madness like fans of the Kansas Jayhawks. Each year, whether they want to or not, the overwhelming majority of KU fans put Kansas down for deep runs in their NCAA Tournament brackets. Some years, the loyalty pays off. Other years, it merely adds to the pain and disappointment. What becomes of the Jayhawks’ postseason run this season remains to be seen, but here are 10 reasons why KU fans can be optimistic about their team’s chances this March. By Matt Tait

It's the top team in the most competitive conference all season against the smartest group of the bunch. The Kansas men's basketball team on Sunday earned a No. 1 seed in the NCAA Tournament's Midwest region — its third in a row — and will face No. 16 seed and Ivy League champion Penn at 1 p.m. Thursday at Intrust Bank Arena in Wichita. By Matt Tait