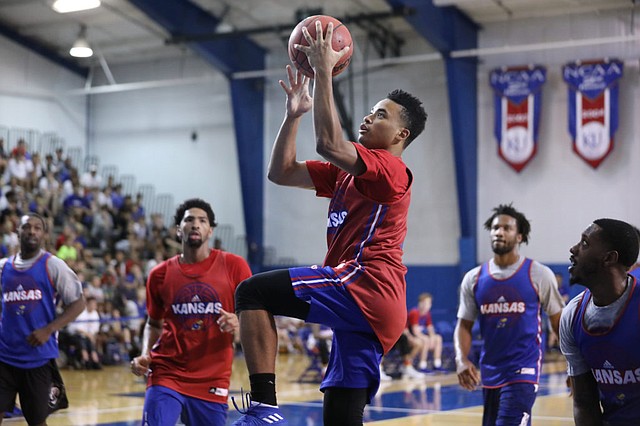 Red Team guard Devon Dotson soars in for a bucket during a scrimmage on Wednesday, June 13, 2018, at the Horejsi Family Athletics Center.

It’s only been a month, and he clearly still has a lot to learn about playing point guard at Kansas, in the Big 12 and for KU coach Bill Self. But the early feedback from summer pick-up games and team scrimmages thus far have pinpointed one area in which KU newcomer Devon Dotson already is well ahead of the curve for a true freshman — speed. By Matt Tait

After back-to-back years of playing an All-American at point guard, the position will look distinctly different this coming season at the University of Kansas. No Frank Mason III. No Devonte’ Graham. No upperclassman in waiting. By Benton Smith