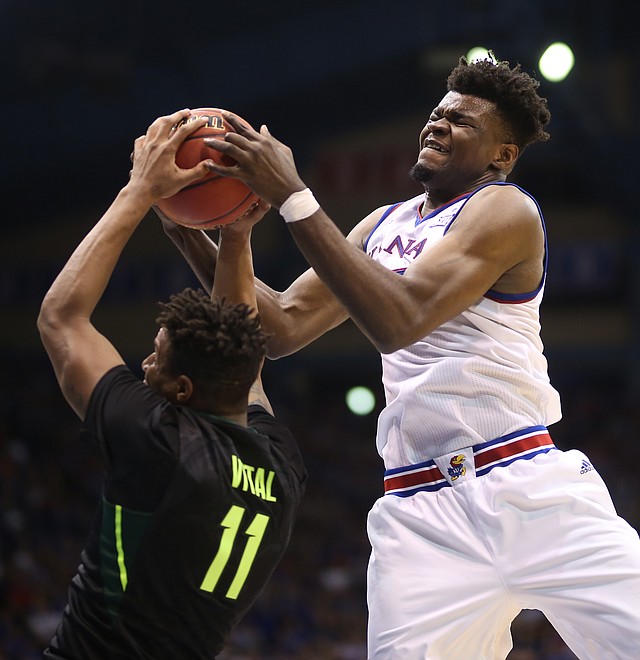 After receiving NBA feedback, Udoka Azubuike aims to get in 'way better shape'

Udoka Azubuike shouldn’t have to completely re-invent himself during his junior season at the University of Kansas to cement his NBA stock. In fact, according to the 7-foot center from Nigeria, some teams he spoke with in May while weighing his future said he had a chance to become a late first-round pick this June if he decided to stay in the 2018 draft. By Benton Smith

With apologies to the 1983 Chicago White Sox, there is no such thing as winning ugly. Winning sends everyone home happy, from players to coaches to spectators to ushers to bar owners. By Tom Keegan