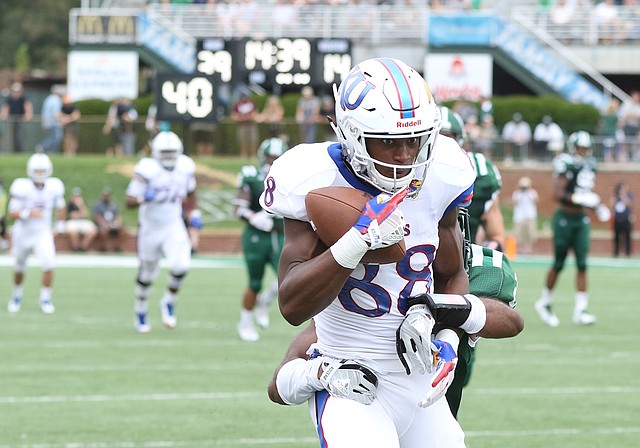 Kansas wide receiver Jeremiah Booker (88) pulls in a deep pass as he is dragged down during the fourth quarter on Saturday, Sept. 16, 2017 at Peden Stadium in Athens, Ohio.

Get the keys to the game before the Jayhawks, losers of five straight, face undefeated No. 4 TCU under the lights at Amon G. Carter Stadium. By Benton Smith