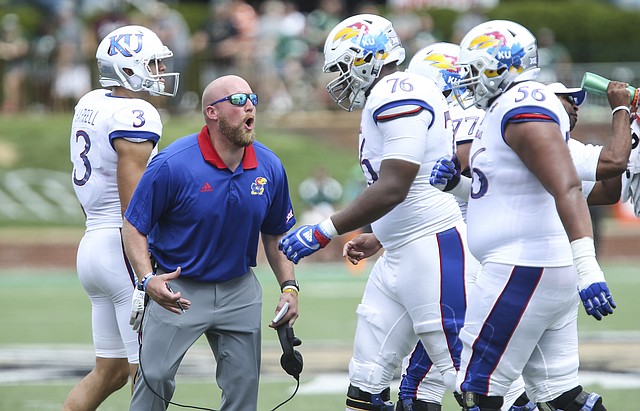 The Kansas football program announced the dismissal of two assistant coaches and the promotion of another Friday. Fourth-year head coach David Beaty will not retain either special teams coordinator Joe DeForest or offensive line coach Zach Yenser for the 2018 season, Beaty revealed in a release. Beaty promoted Justin Johnson, who has worked for KU football as an offensive analyst the past two years. By Benton Smith