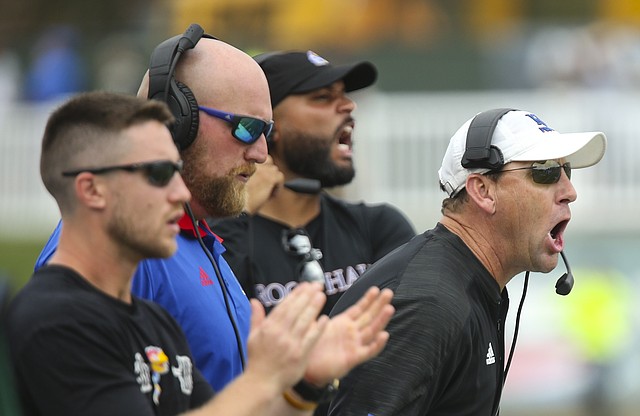 Kansas head coach David Beaty, right, screams from the sidelines during the third quarter on Saturday, Sept. 16, 2017 at Peden Stadium in Athens, Ohio.

Athletic directors in search of new head football coaches find that there are advantages and disadvantages to hiring assistant coaches to their first jobs as head coaches.

Five days after Kansas football parted ways with Zach Yenser, its offensive line coach for the previous three seasons, David Beaty has found his replacement. A former O-line coach at Missouri, Western Michigan and Illinois, A.J. Ricker will take over the same position at KU. By Benton Smith