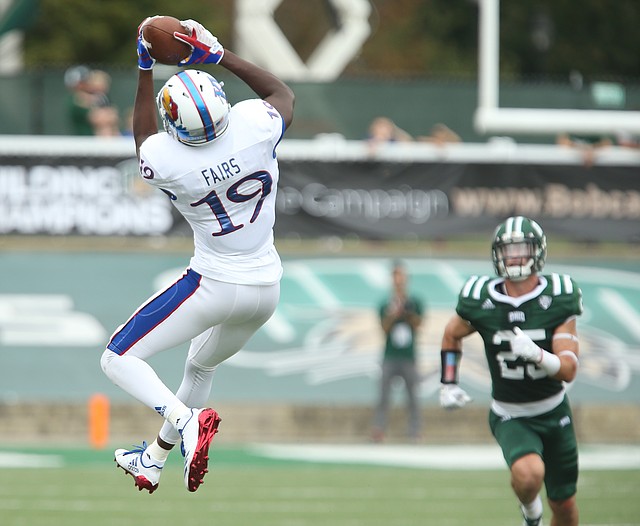 Kansas junior receiver Evan Fairs still remembers the first time he beat his older sister in a race. The sibling showdown was formed by Fairs’ parents when he was 8 years old in Fulshear, Texas. They challenged both Erin Fairs and Evan Fairs to run to the stop sign, which was about a mile away from the house, and the winner received money. By Shane Jackson

When the Kansas football team makes its season debut on Sept. 1, a few Jayhawks the program’s followers got used to watching in certain uniform numbers will take the field sporting new digits. Plus: KU updated its 2018 roster for the first time since the spring semester earlier this month, unveiling the jersey numbers and measurements for its newest players, who arrived in the summer as either freshmen or transfers. By Benton Smith

Expected to become a more integral part of the offense this coming fall, University of Kansas receiver Evan Fairs discovered this past spring a painless way to maximize his development. A junior, Fairs experienced the epiphany after first diagnosing a flaw. By Benton Smith