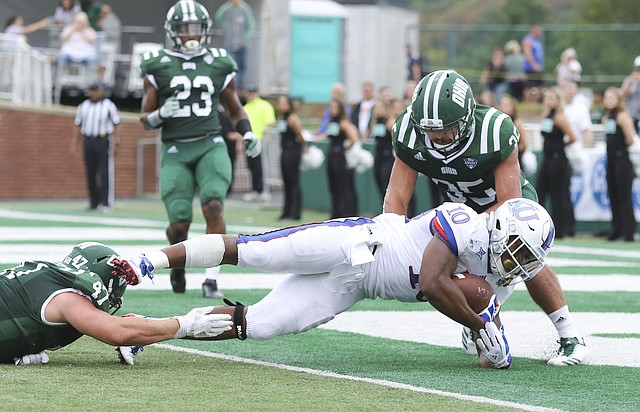 Kansas running back Khalil Herbert (10) falls into the end zone for a touchdown to end the game on Saturday, Sept. 16, 2017 at Peden Stadium in Athens, Ohio.