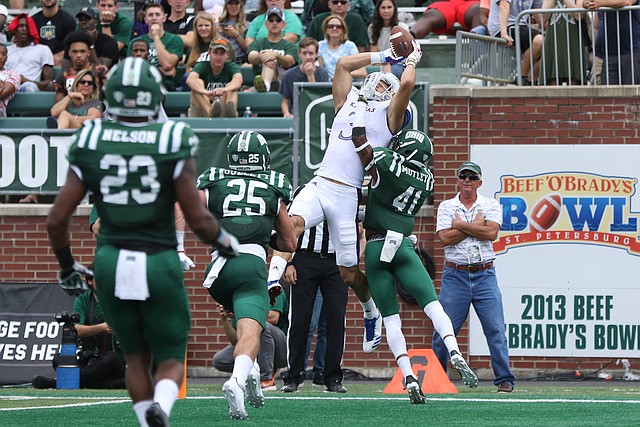 Former University of Kansas receiver Chase Harrell has left the Big 12 for the SEC. Two months after making public his decision to leave KU, Harrell announced Tuesday his plans to enroll and play football at Arkansas. By Benton Smith

As he navigates through a troubling offseason, Chase Harrell remains a part of the Kansas football team. However, head coach David Beaty said the junior receiver from Huffman, Texas, isn’t practicing with the Jayhawks for the time being. By Benton Smith

No offense to Kansas kicker Gabriel Rui, who is enjoying a successful senior season, with 13 made field goals on 15 attempts, with a long of 43. But the Jayhawks will be much better off if Rui doesn’t attempt any field goals. They only want to see Rui running on and off the field for extra points, a category in which he has made 18 and attempted 18 — both lows for a Big 12 team. By Benton Smith