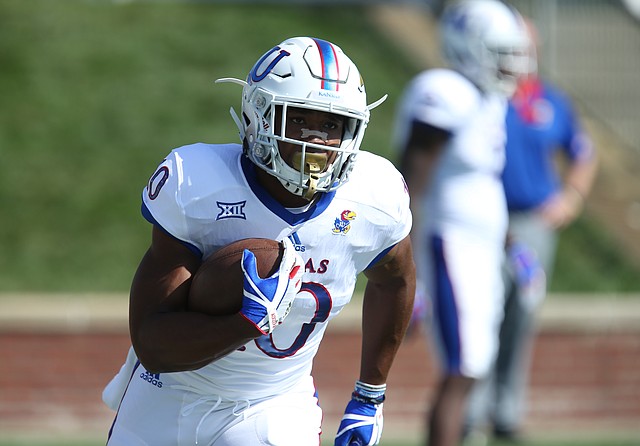 Kansas running back Khalil Herbert (10) fields a kickoff during warmups on Saturday, Sept. 16, 2017 at Peden Stadium in Athens, Ohio.

Now in his second year with the University of Kansas football program, running back Khalil Herbert spent some of his formative years attending Marjory Stonemason Douglas High School, in Parkland, Fla., site of a deadly shooting on Wednesday. Herbert stated his shock over the mass shooting, which left 17 dead. By Benton Smith