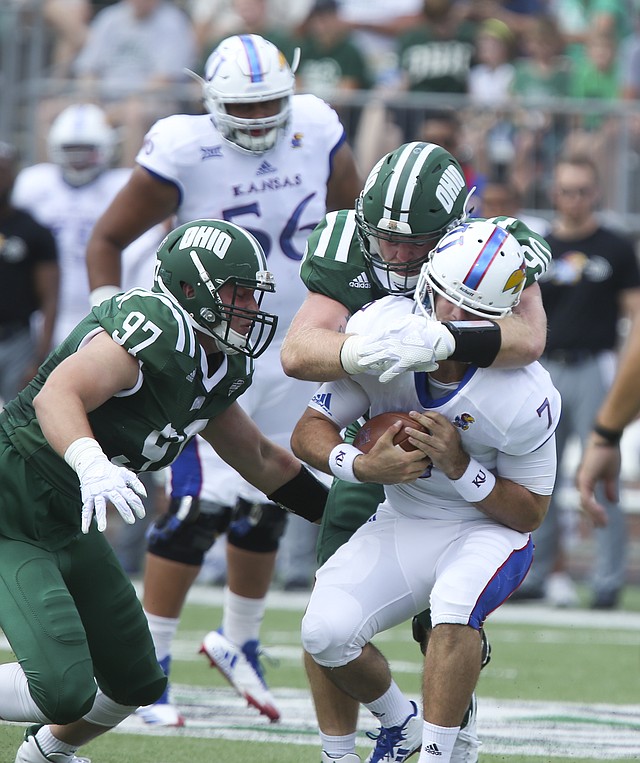 In the early stages of Peyton Bender’s evolution as the starting quarterback at Kansas, new lessons come every week. Saturday, in the Jayhawks’ 42-30 loss at Ohio, though the junior transfer misfired on some passes, Bender found a bit more consistency in terms of completions, going 30-for-47 for 343 yards, with two touchdowns and one interception. By Benton Smith