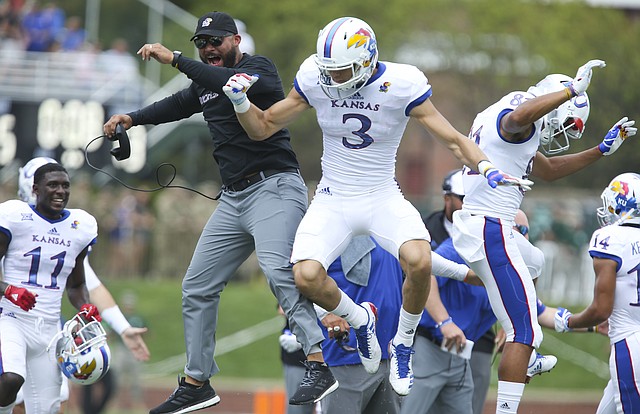 Kansas wide receiver Chase Harrell (3) celebrates with teammates and offensive analyst Justin Johnson after his touchdown catch during the second quarter on Saturday, Sept. 16, 2017 at Peden Stadium in Athens, Ohio.

The Kansas football program announced the dismissal of two assistant coaches and the promotion of another Friday. Fourth-year head coach David Beaty will not retain either special teams coordinator Joe DeForest or offensive line coach Zach Yenser for the 2018 season, Beaty revealed in a release. Beaty promoted Justin Johnson, who has worked for KU football as an offensive analyst the past two years. By Benton Smith