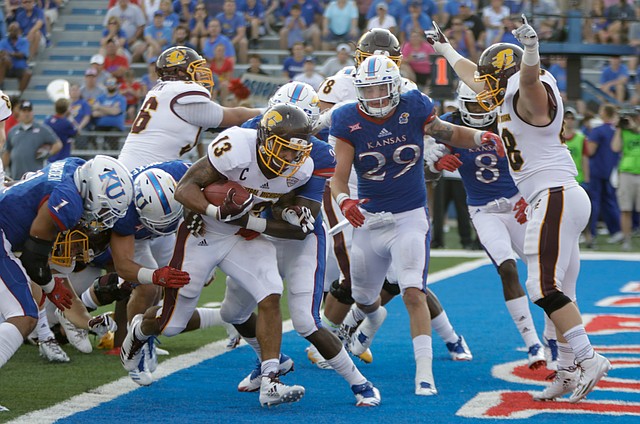 Central Michigan running back Devon Spalding (13) runs past KU defenders for a touchdown in the second-half of CMU’s win over KU Saturday, Sept. 9 at Memorial Stadium.

Any momentum the Kansas football team picked up last week in a season-opening victory disappeared during a 45-27 loss to Central Michigan on Saturday at Memorial Stadium. By Bobby Nightengale