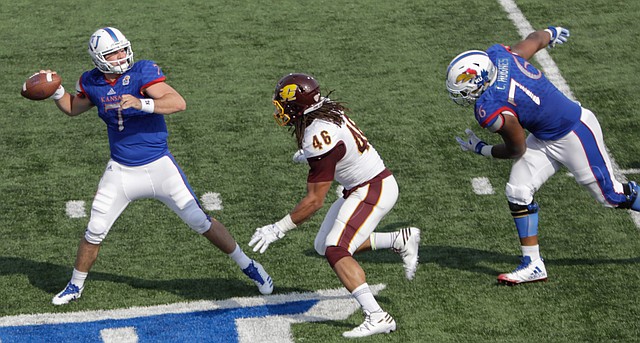 The Kansas football team has its starting quarterback for the 2018 opener. By Benton Smith

A couple days removed from seeing his team’s starting quarterback complete 51.6 percent of a program-record 62 attempts, without even one touchdown throw to fortify the numbers, Kansas football coach David Beaty hadn’t taken on a defeatist attitude regarding Peyton Bender’s ability or potential. By Benton Smith