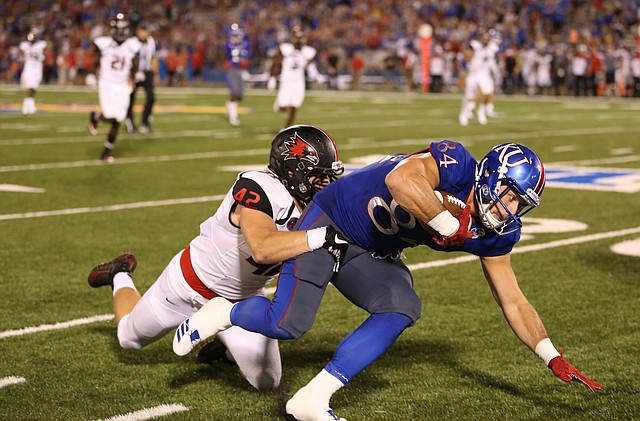 Kansas tight end Ben Johnson (84) is dragged down by Southeast Missouri linebacker Rider Garrett (42) after making a deep catch during the third quarter on Saturday, Sept. 2, 2017 at Memorial Stadium.

As the final rounds of the NFL Draft played out this past Saturday in Dallas, Ben Johnson observed it all on television, from his mother’s home in Basehor, confident in his football future. By Benton Smith