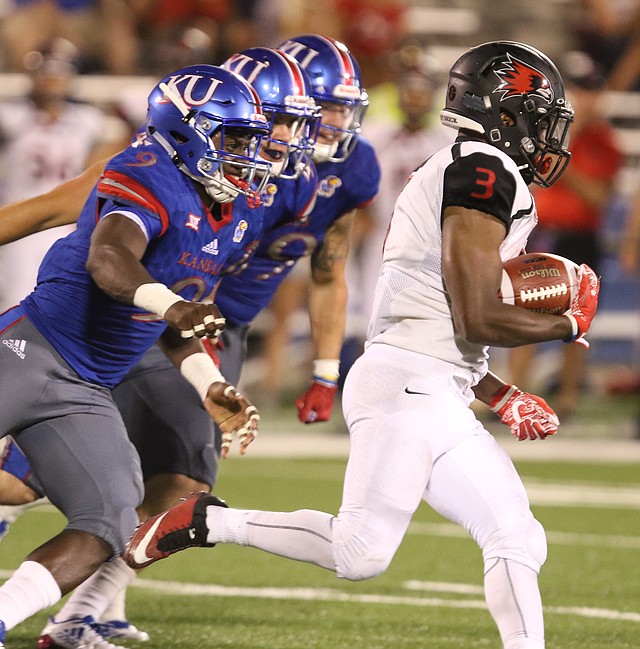 The official KU roster lists linebacker Kyron Johnson at 220 pounds, up 10 from his weight as an early high school graduate and spring enrollee, in 2017. But linebacker Joe Dineen thinks Johnson looks and plays as if he’s added 20 to 25 pounds since joining the program a little more than a year ago. By Benton Smith