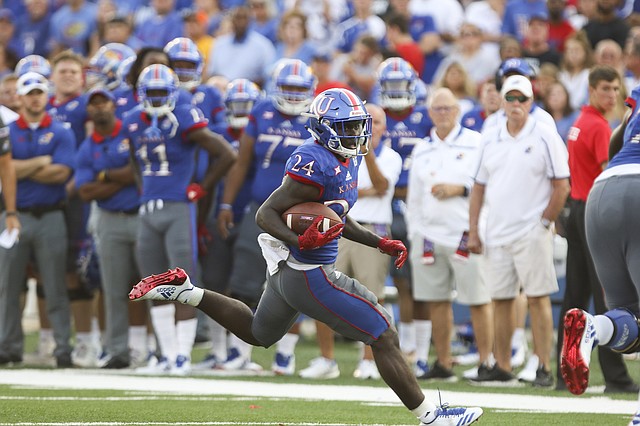 Meacham stoked to get RB Martin back; QB Stanley 'not 100 percent'

While first-year Kansas coordinator Doug Meacham never would claim his offense is anywhere near where he wants it to be three games into the season, he does think the Jayhawks are improving. Headed into Saturday’s Big 12 opener against West Virginia, Meacham feels even better about the offense, which is averaging 452.7 yards a game, because junior running back Taylor Martin will be back in the mix. By Benton Smith

Although diehard optimist David Beaty opened his Tuesday press conference with some good news on the injury front for his football team, the Kansas coach also revealed the Jayhawks suffered a blow to their defensive line. By Benton Smith