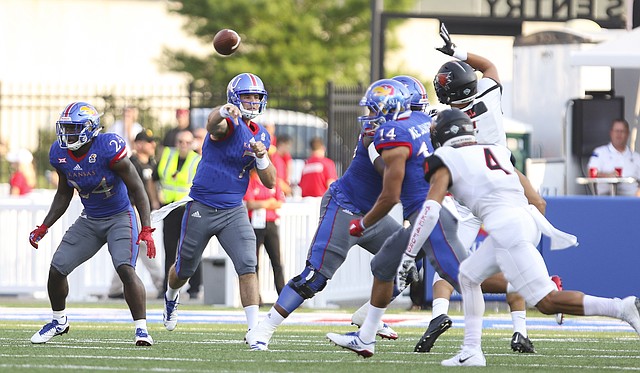 Nicholls State, ranked No. 17 in the preseason FCS Coaches Poll, has too many experienced, confident players for Kansas to give the Colonels a big head start and still get out of Week 1 with a victory. By Benton Smith

The path that first took him through Pullman, Wash., then Fulton, Miss., eventually led quarterback Peyton Bender to Lawrence, Kansas. And although the junior transfer’s highly-anticipated debut didn’t venture into the realm of flawless, Bender proved worthy of his place atop the depth chart on a 364-yard, four-touchdown Saturday night and piloted KU’s Air Raid offense to a 38-16 victory over Southeast Missouri State in the Jayhawks’ season-opener. By Benton Smith