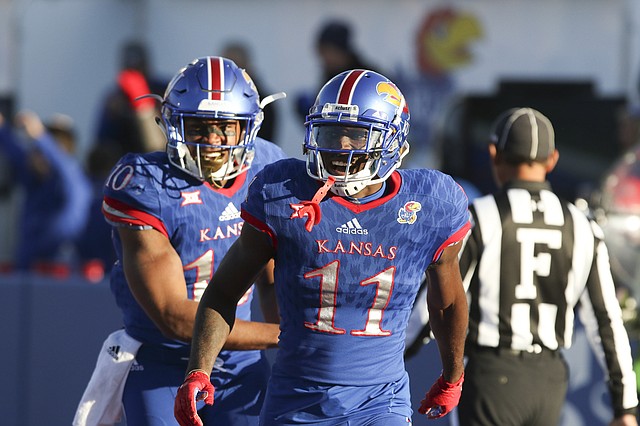 Realistically, it would be difficult for any of KU football's leaders of today to come close to reproducing the success of the program’s all-time greats. So how do the Jayhawks go about getting back to the point where they’re playing in and winning big games? By Benton Smith

As much as his football team’s offensive flaws troubled Kansas receiver Steven Sims Jr. of late, his own lack of production perturbed him most. Sims channeled his frustrations and turned them into a career day during a 30-20 loss to K-State, with nine receptions for 233 yards and a touchdown — a stat line good enough to earn co-Big 12 Offensive Player of the Week honors. By Benton Smith