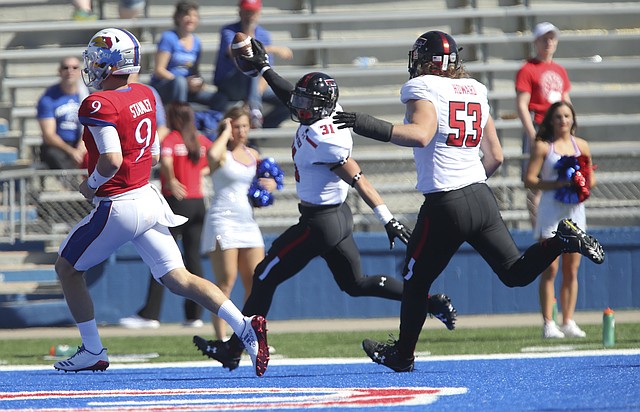 Kansas quarterback Carter Stanley (9) can't stop Texas Tech defensive back Justus Parker (31) as he runs into the end zone for a touchdown during the third quarter after an interception on Saturday, Oct. 7, 2017 at Memorial Stadium.