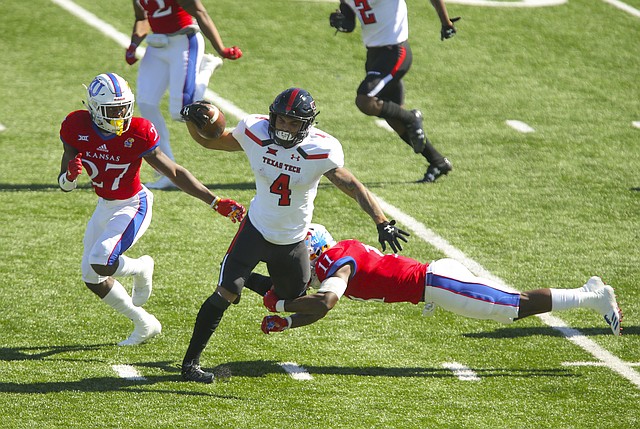 The center of the ineptitude of the Kansas football team has shifted from a disappointing defense to an offense that hasn’t scored in nine-plus quarters.

A few days removed from Texas Tech’s 65-19 thumping of KU, head coach David Beaty stated his satisfaction with how defensive coordinator Clint Bowen has handled the adversity that comes with such unwelcome results. By Benton Smith

Another Saturday. Another colossal first-half crater too deep to escape. Another loss for the Kansas football team. In the Jayhawks’ fourth consecutive defeat they suffered their worst start yet in Saturday’s drubbing at the hands of Texas Tech. By Benton Smith