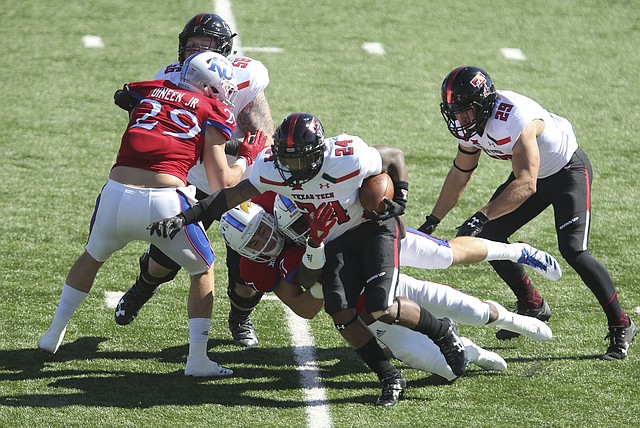 Texas Tech running back Tre King (24) is brought down by Kansas linebacker Keith Loneker Jr. (47) during the second quarter on Saturday, Oct. 7, 2017 at Memorial Stadium.

KU football roster has plenty of local flavor in 2018

Former Lawrence High head coach Dirk Wedd didn’t stay retired very long. Not long after finishing his 19th season at LHS last November, Wedd was offered a chance to make an impact at the collegiate level. David Beaty, who is the head football coach at the University of Kansas, decided to bring Wedd on the staff as a defensive analyst for the 2018 season.