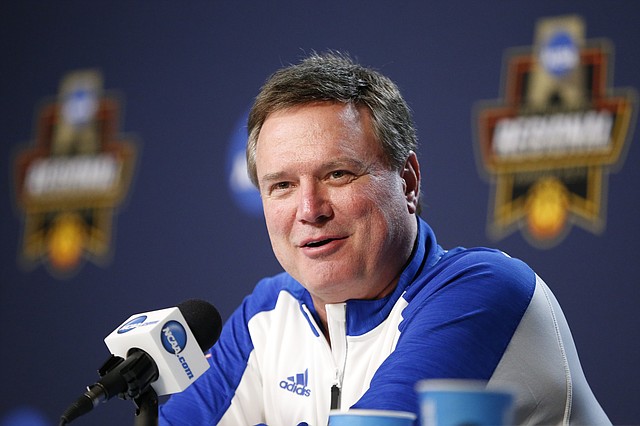 Kansas head coach Bill Self talks about facing Oregon during a press conference on Friday, March 24, 2017 at Sprint Center.