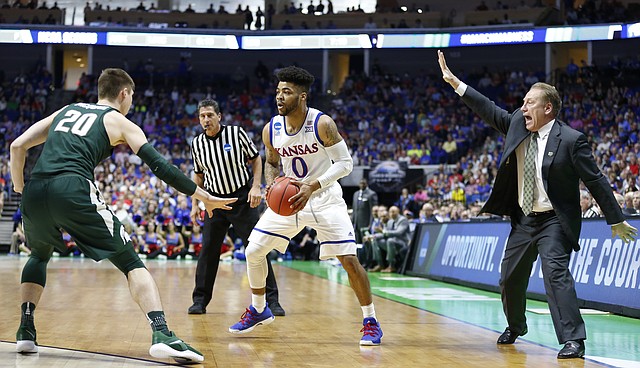 Tom Izzo on Jayhawks in tournament: 'They have a good chance to have some success'

After Kansas advanced to the Sweet 16 with a 90-70 second-round victory at BOK Center, Michigan State coach Tom Izzo said the Spartans lost to the better team. By Bobby Nightengale