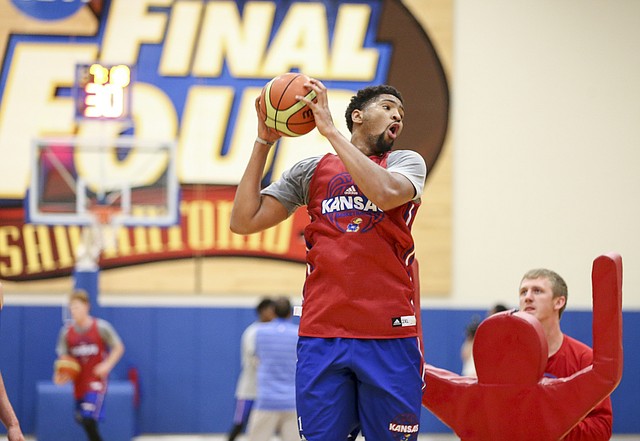 Another poll with Kansas on top — this one of college basketball coaches, conducted by CBS — means more fuel will be added to the notion that this will be a disappointing underachievement of a season if the Jayhawks don’t make it to the Final Four.

Even sports, from time to time, fall prey to fads. In basketball, NBA and college, 3-pointers are all the rage.

Asked on a radio appearance Wednesday about the recent suspension of transfer forward Dedric Lawson, who missed KU's trip to Italy earlier this month, Kansas basketball coach Bill Self said the former Memphis standout was "very good about it" and understood why he was disciplined the way he was. By Matt Tait

One day before his team boarded a plane for Italy, Kansas coach Bill Self revealed that the Jayhawks’ flight overseas would be one body lighter. By Matt Tait

If you didn’t know his name, his number or his situation, you might have thought that junior forward Dedric Lawson was preparing for his third or fourth season at Kansas, not his first. By Matt Tait