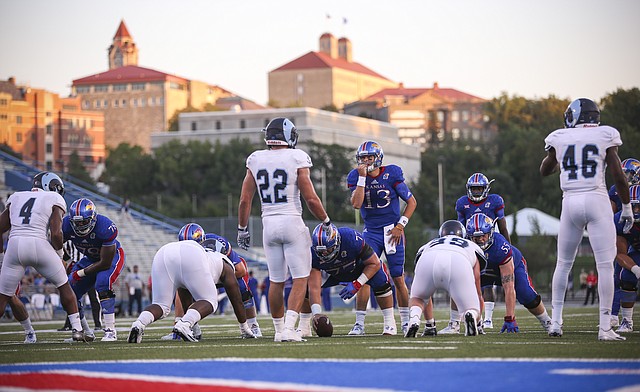 Kansas quarterback Ryan Willis (13) watches the clock deep in the Rams' territory during the second quarter on Saturday, Sept. 3, 2016 at Memorial Stadium.

Notebook: Jayhawks not good enough on 'money down'

Kansas football coach David Beaty likes referring to third down as the “money down.” In Saturday’s home loss to Ohio, his Jayhawks went broke on offense, going 0-for-8 on third-down conversions. By Benton Smith

Could a 2-QB system be right for Kansas?

Playing two quarterbacks all season might not be the obvious recipe for success. But it certainly did not hurt the Jayhawks on Saturday night in a 55-6, season-opening victory over Rhode Island.By Matt Tait