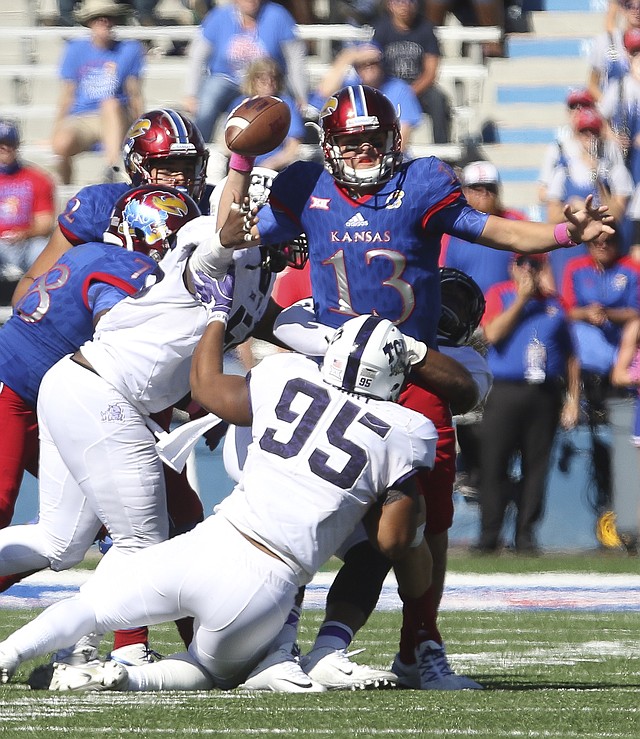 Kansas quarterback Ryan Willis (13) is brought down by TCU defensive tackle Aaron Curry (95) and other Horned Frog defenders on the Jayhawks' final drive of the game on Saturday, Oct. 8, 2016 at Memorial Stadium.

David Beaty possesses no “magic little answer.” If the head coach could “sprinkle some dust” on a quarterback and fix the Kansas football team’s offensive tribulations he would. At the midway mark of his second season in charge and first as offensive coordinator and quarterbacks coach, Beaty said Tuesday at his weekly press conference the Jayhawks’ passers have not made the progress he envisioned. By Benton Smith