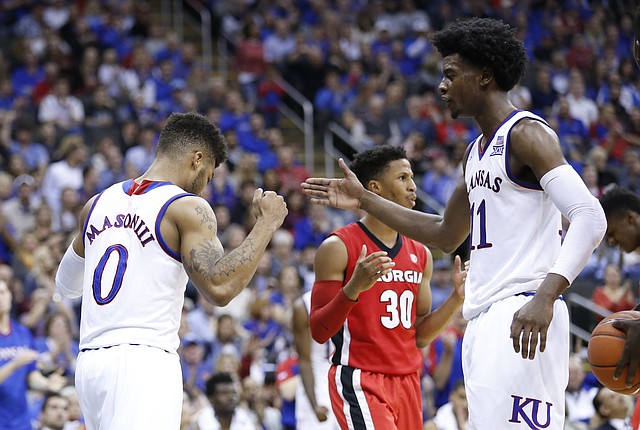 Kansas guard Frank Mason III (0) slaps hands with Kansas guard Josh Jackson (11) after getting a bucket and a foul during the second half, Tuesday, Nov. 22, 2016 during the championship game of the CBE Classic at Sprint Center.

Jackson, Mason on the brink of becoming latest Jayhawks drafted into NBA

Thursday night in New York City, former Kansas basketball stars Josh Jackson and Frank Mason III will find out a little more about their futures than they know when they wake up. By Matt Tait