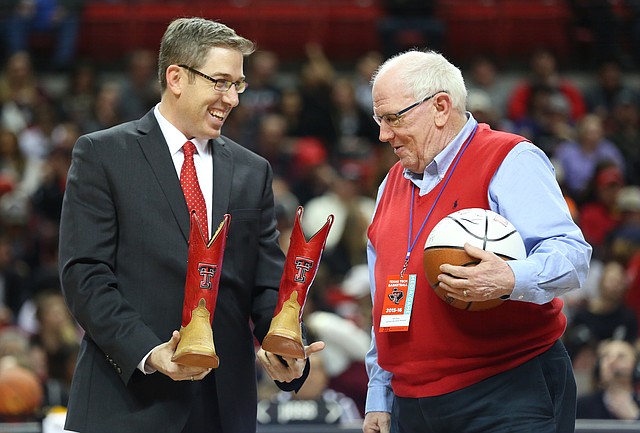 Dream job now a reality for Brian Hanni, the new voice of the Jayhawks

Tuesday proved to be the day a dream came true for Brian Hanni, who learned from Kansas athletic director Sheahon Zenger via telephone that he was the choice to be the next play-by-play voice of Kansas basketball and football, succeeding Bob Davis, who retired this season after holding the post since 1984. By Matt Tait

Former Lawrence radio personality and current voice of Texas Tech men's basketball, Brian Hanni, has been named the replacement to Bob Davis, who retired from his duties as the voice of Kansas basketball and football following the 2015-16 hoops season.

Oh nice, just what I always wanted, some TT boots.

On a positive note, the do match the sweater. Now why is Mr. Davis wearing red on the road featuring a team that is known as the Red Raiders. I better not see that sweater in Norman, Sir!