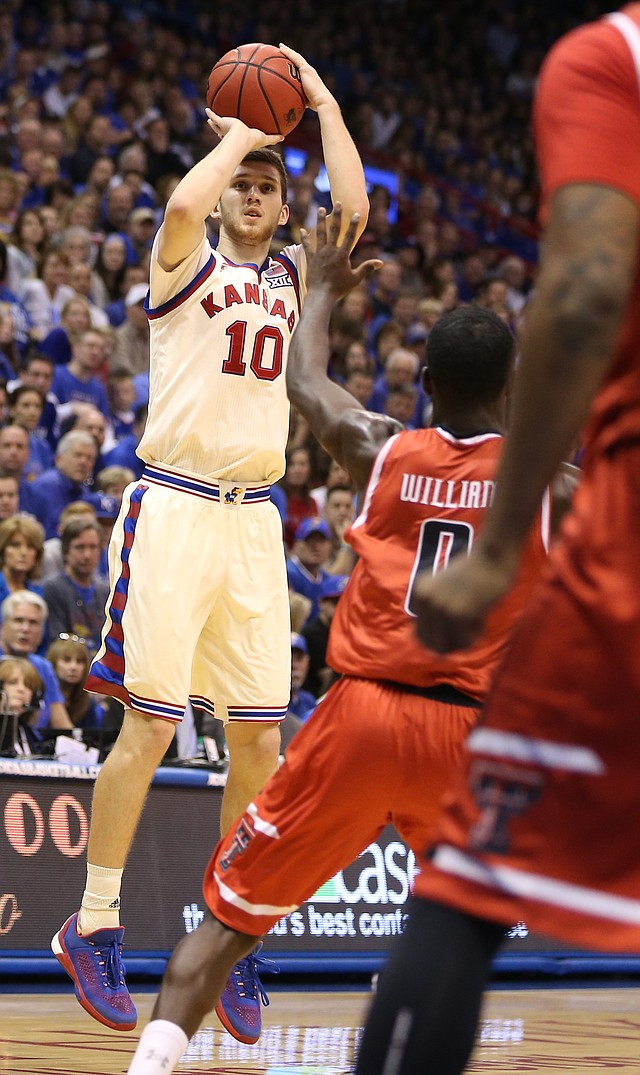 Kansas guard Sviatoslav Mykhailiuk (10) puts up a three over Texas Tech guard Devaugntah Williams (0) during the second half, Saturday, Feb. 27, 2016 at Allen Fieldhouse.

Kansas University junior guard Sviatoslav Mykhailiuk scored 12 points off 5-of-9 shooting and grabbed three rebounds in Ukraine’s 90-69 victory over Serbia in the second pool play game of the FIBA Under 20 European Championships on Sunday in Helsinki, Finland.

Mykhailiuk unloads for 14 in U-20 tourney

Kansas University junior guard Sviatoslav Mykhailiuk scored 14 points off 5-of-22 shooting and grabbed 11 rebounds in Ukraine’s 70-68 loss to Slovenia in the first game of the FIBA Under 20 European Championships on Saturday in Helsinki, Finland.

Svi Mykhailiuk will be back for his junior season at KU.

Svi Mykhailiuk has taken his act, in the past seen mostly in practice, and gone public with it. As a result, an already strong Kansas University basketball roster has become deeper, smoother, more dangerous. By Tom Keegan