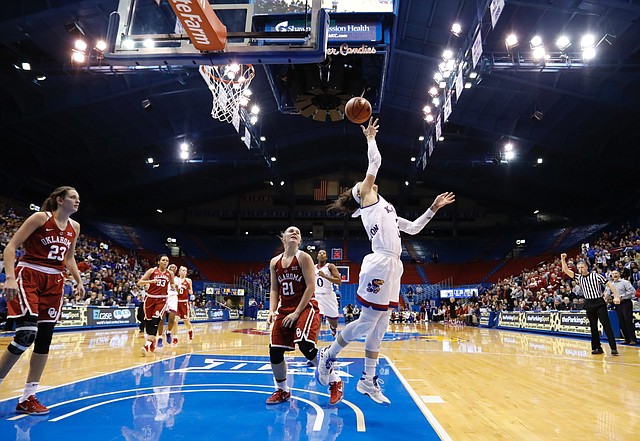 Kansas women’s basketball coach Brandon Schneider made a big splash when Jessica Washington and McKenzie Calvert, big names among those familiar with hotshot women’s basketball recruits, announced they were transferring from North Carolina and USC. So far, Schneider is batting .500.

Kansas junior guard Jessica Washington poured in a career-high 31 points in her first taste of the Sunflower Showdown rivalry, but even that wasn’t enough for the Jayhawks to put an end to their Big 12 losing streak Wednesday night at Kansas State.

In Thursday’s Big 12 opener against Oklahoma, the Kansas women’s basketball team made five shots in the first three minutes. Then the Jayhawks missed nine straight shots and never recovered in an 84-54 loss at Allen Fieldhouse.