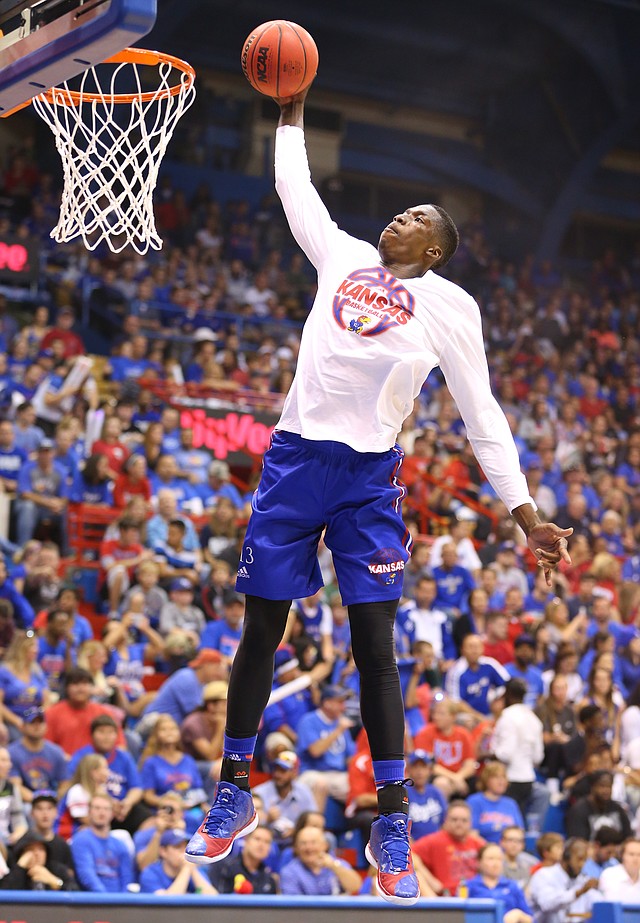 Kansas freshman Cheick Diallo comes in for a dunk during warmups.

We never will know what shape last season would have taken for the Kansas University basketball team had Devonté Graham not missed six consecutive games from the middle of December through the first week of January with an injury. By Tom Keegan