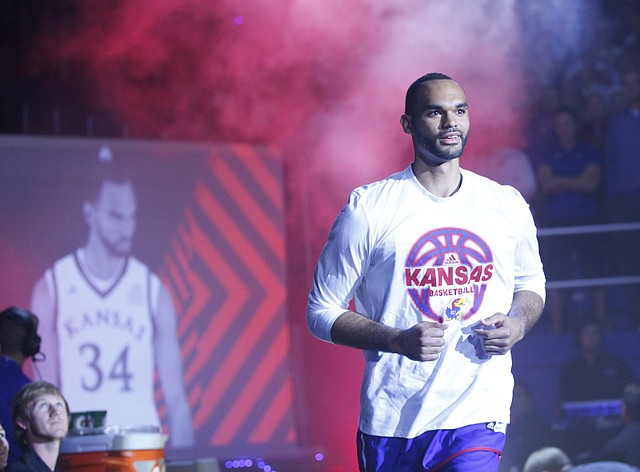 Kansas senior forward Perry Ellis takes the court during the player introductions during Late Night in the Phog, Friday, Oct. 9, 2015 at Allen Fieldhouse.