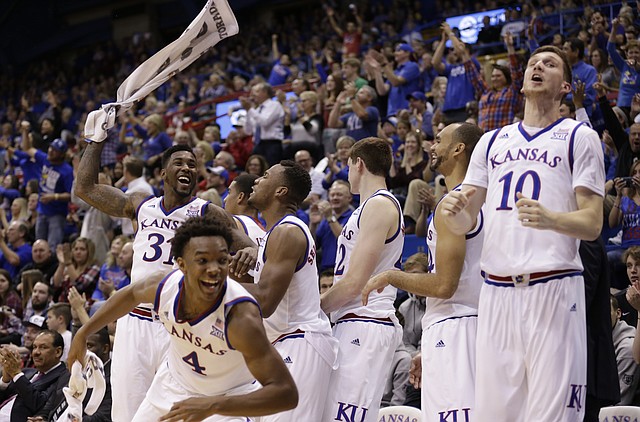 The Kansas bench celebrates a three by walk-on Evan Manning during the second half, Friday, Nov. 13, 2015 at Allen Fieldhouse.

Kansas ‘hot’ from 3 in season opener

Evan Manning’s three-pointer off a pass from fellow walk-on Tyler Self with 1:43 left concluded the scoring for Kansas University in its 109-72 rout of Northern Colorado on Friday in Allen Fieldhouse. The trey happened to be the Jayhawks’ 15th in 26 tries, just one off the school record of 16 hit against Baylor on Jan. 25, 2005. By Gary Bedore