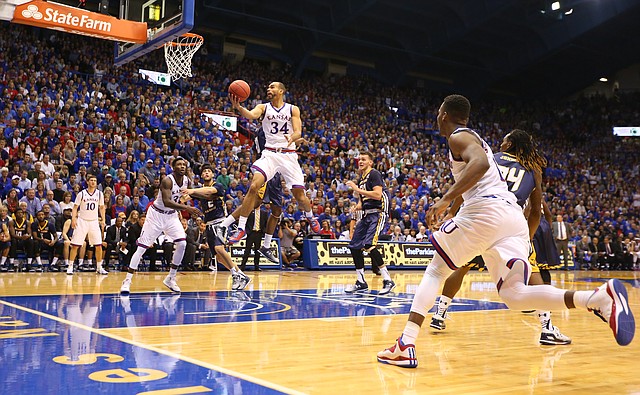 As so often becomes the case when a mid-major men’s basketball team visits Allen Fieldhouse, Northern Colorado coach B.J. Hill left Kansas University’s campus Friday night somewhat regretful of what he had just put his players through. By Benton Smith

One season-opening blowout does not mean much in the grand scheme of things, but Kansas University’s men’s basketball team put on quite the offensive display Friday night at Allen Fieldhouse, in a 109-72 drubbing of Northern Colorado.