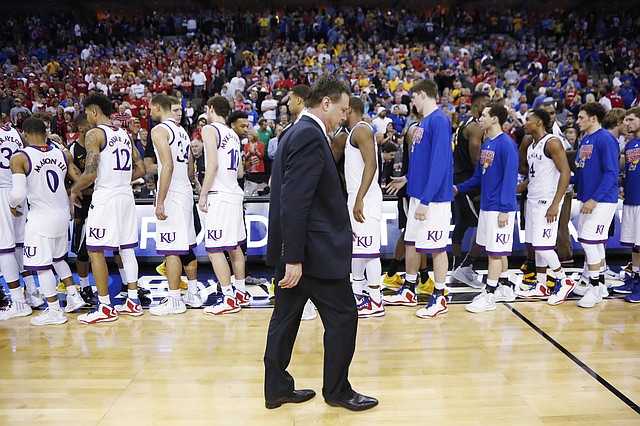 Kansas Coach Bill Self walks off the court in the Jayhawks' third-round NCAA Tournament loss against Wichita State Sunday, March 22, 2015 at the CenturyLink Center, in Omaha, Neb.

Jayhawks hope to have short memories

Before the Kansas University men’s basketball team could begin to move forward toward another season loaded with great expectations and even higher hopes, the Jayhawks had to go through the process of putting the 2014-15 season to bed.

Bounced: Shockers do as they please, send Jayhawks home

The much-talked-about, long-awaited, highly-anticipated battle between major-college power Kansas University and mid-major extraordinaire Wichita State didn’t turn out to be much of a contest Sunday in CenturyLink Center. By Gary Bedore