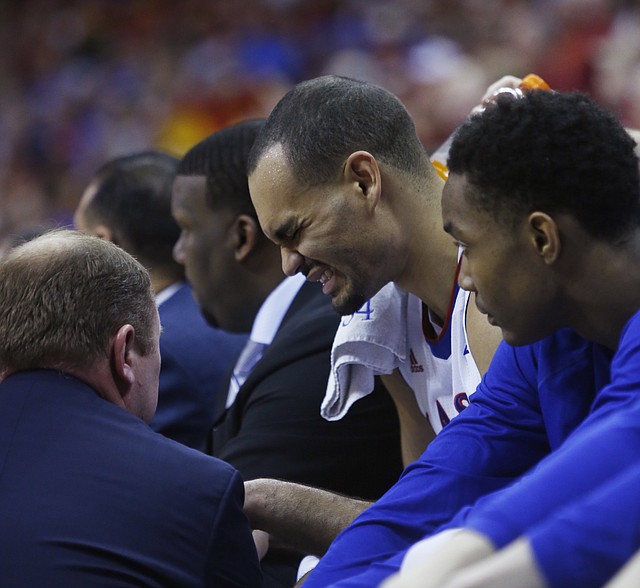 Kansas forward Perry Ellis (34) grimaces on the bench during the Jayhawk’s loss to Iowa State in the championship game of the Big 12 Tournament Saturday.

The stars on the preseason magazine cover still haven’t aligned for the Kansas University basketball team. When Perry Ellis emerged as a strong candidate for Big 12 Player of the Year honors, the guy laying bricks wasn’t the one named Mason. It was Wayne Selden Jr. Things changed for both Ellis and Selden this week, with the start of the postseason. By Tom Keegan