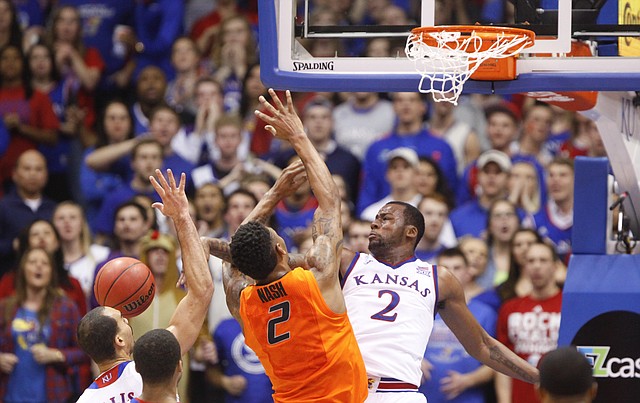 Asked after Tuesday night's 67-57, slugfest loss at Allen Fieldhouse what it was about his Oklahoma State Cowboys and the Kansas University men's basketball team that occasionally causes emotions to boil over, OSU coach Travis Ford was at a loss for words. By Matt Tait