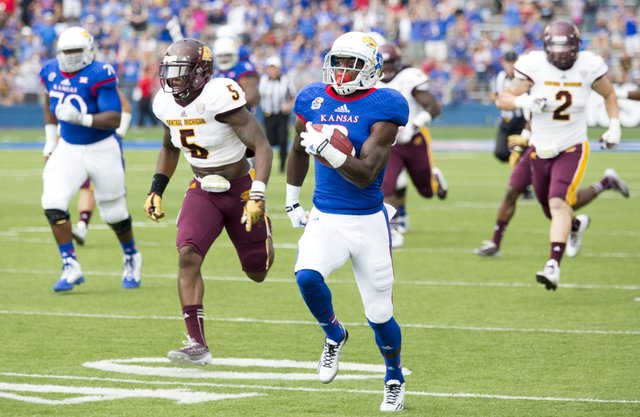 Kansas wasted no time getting on the board as senior Tony Pierson takes the ball 74 yards for a touchdown on the opening play from scrimmage during Kansas' game against Central Michigan on Saturday afternoon at Memorial Stadium.

Kansas University football coach Clint Bowen on Monday's Big 12 coaches teleconference said that running back/wide receiver Tony Pierson was back in the mix after recovering from an injury that knocked him out of the Jayhawks' loss to Texas Tech after just two plays. By Matt Tait

Corey Avery and De'Andre Mann bring excitement to KU’s rushing attack, but nobody the team has puts a scare into a defense the way senior Tony Pierson does. By Tom Keegan